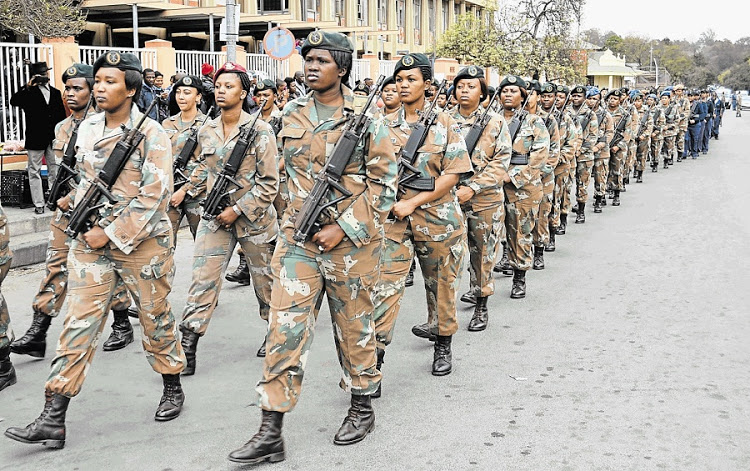 SA's defence capability is in a state of severe decline, a bitter fact for the defence department, the local arms manufacturing industry and the world of defence analysts.

Last year, parliament's defence committee chair went so far as to say that defence budget cuts were causing SA to lose its sovereign capability altogether. Meanwhile, defence & military veterans minister Nosiviwe Mapisa-Nqakula has stressed that the defence sector is in danger of collapsing, threatening our security and economy. She has urged the government to prioritise budget resources for defence.

The claim that SA's defence capacity is in crisis is not disputed. In 1988 military expenditure comprised 16% of government spending. This figure has since steadily declined, and by 2019 stood at 2.8%. This has resulted in the dramatic erosion of our military capacity as well as our once formidable defence industry.

In 1981 there were more than 900 private companies involved in arms production for SA's military, and the state-owned arms manufacturer was among the largest industrial groups in the country, employing 25,000 people. Today, most of these private companies have ceased to exist and the state-owned arms manufacturer has become a loss-making entity, employing a mere 2,837 people.

Defence analysts have looked at this state of affairs with despair. Of particular concern to them is the economic loss associated with the deterioration of the local arms industry. This is because the sector is allegedly crucial for creating employment, generating exports, attracting and developing skilled labour (engineers), and driving technological innovation. As such, it is argued that tightening our defence budget has not only harmed our security but our economy as well.

The government should ignore these arguments; increasing military expenditure would be a mistake. Let's start with the economic contentions raised above. It is certainly true that the SA defence industry employs people and exports goods, yet whether investing in defence is actually good for SA employment or export revenues will depend crucially on the opportunity cost of this investment.

What benefits could be gained if the money was spent elsewhere? Suppose for instance that for every R1m government spends on the defence sector 50 jobs are created. Assume that, in contrast, 200 jobs are created for every R1m spent on health care. In this scenario every time government diverts limited resources from health to defence we lose jobs.

Fortunately, we do not have to rely on hypotheticals: a 2011 study found that in the US $1bn of government expenditure created more jobs when invested in education, health or green energy than when invested in defence. Arms manufacturing is a relatively inefficient, import-intensive and capital-intensive activity (meaning production is more reliant on machines than people) and this is particularly true in SA. Existing evidence on the effects of SA military expenditure finds a detrimental effect on long-term manufacturing employment, as the sector diverts resources from more productive sectors.

Not only is the defence sector's role in employment creation doubtful, but the view that the sector should be propped up for any economic reason at all is seriously questionable. A 2013 survey that reviewed 168 papers on the economic effects of military spending concluded that "the more recent literature is moving towards a commonly accepted, if not yet consensus, view: military expenditure has a negative effect on economic growth".

Reasons for this are varied. Aside from the high opportunity costs of defence spending discussed above, the arms sector often enjoys close relations with governments, fostering corruption, inefficiency and waste (see Andrew Feinstein's The Shadow World for a detailed exposition of this). This problem is amplified by national security protections, which ensure the details of many arms transactions are protected from public knowledge and scrutiny.

While the defence sector once played a prominent global role in technological innovation for the civilian economy, evidence suggests its contributions are far less pronounced today than they were during the Cold War. Instead, it is now civilian sector research that fuels much of the defence industry's technological progress.

SA is not immune to these international trends. The bulk of case-study evidence finds that the country's economic growth would benefit from reduced military expenditure. This is unsurprising given that much of our military spending consists of importing expensive weapons and wastefully subsidising Denel, the insolvent state-owned arms manufacturer.

For instance, Denel has thus far received R7.3bn as part of an uncompetitive bid to provide the SA National Defence Force with armoured vehicles. Yet nine years after receiving the contract it has failed to supply the vehicles and admits it is unlikely to do so unless it receives another bailout.

Yet the greatest threat to the security of South Africans does not come from foreign armies, militias or Islamic fundamentalists, but from domestic ills: infectious disease, an uncontrollable homicide rate of more than 50 a day, not to mention domestic violence and rape. Poverty induces vulnerability to a further array of threats, from evictions and shack fires to malnutrition and substance abuse.

These are hazards that require economic growth and the strengthening of health institutions and social services to address. Yet, while we continue to pour billions of rand into a mixture of imported weapons and shady contracts for a dying Denel, growth dwindles and real public health spending is declining.

Now is not a time to be investing more in saving our defence capability. It is a time to prioritise our limited budget resources for sectors that best induce growth and human welfare.

Copelyn is a researcher affiliated with the Centre for the Study of Violence and Reconciliation (CSVR).

This op-ed was originally published by Business Day.

This author does not have any more posts. 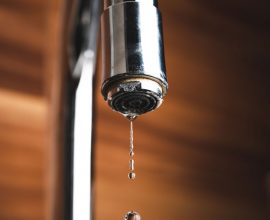 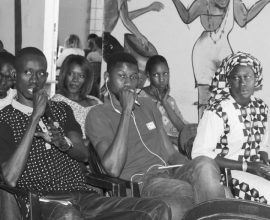 COVID-19: Where to from Here for Efforts to Support Youth Economic Inclusion? 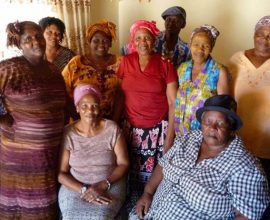 Socioeconomic Oppression and the Need to Rethink Transitional Justice 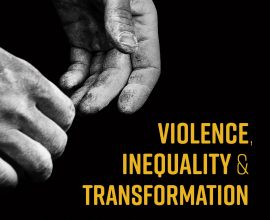 Inequality Is the Primary Driver of Violence, Say Apartheid Survivors 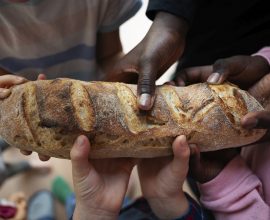